In Calarasi, the day of the national folk costume will be celebrated in the museum "Casa Parinteasca" in the village of Palanca.

The event will be held at the same time with the XVIIth edition of the Festival "Sânziene". 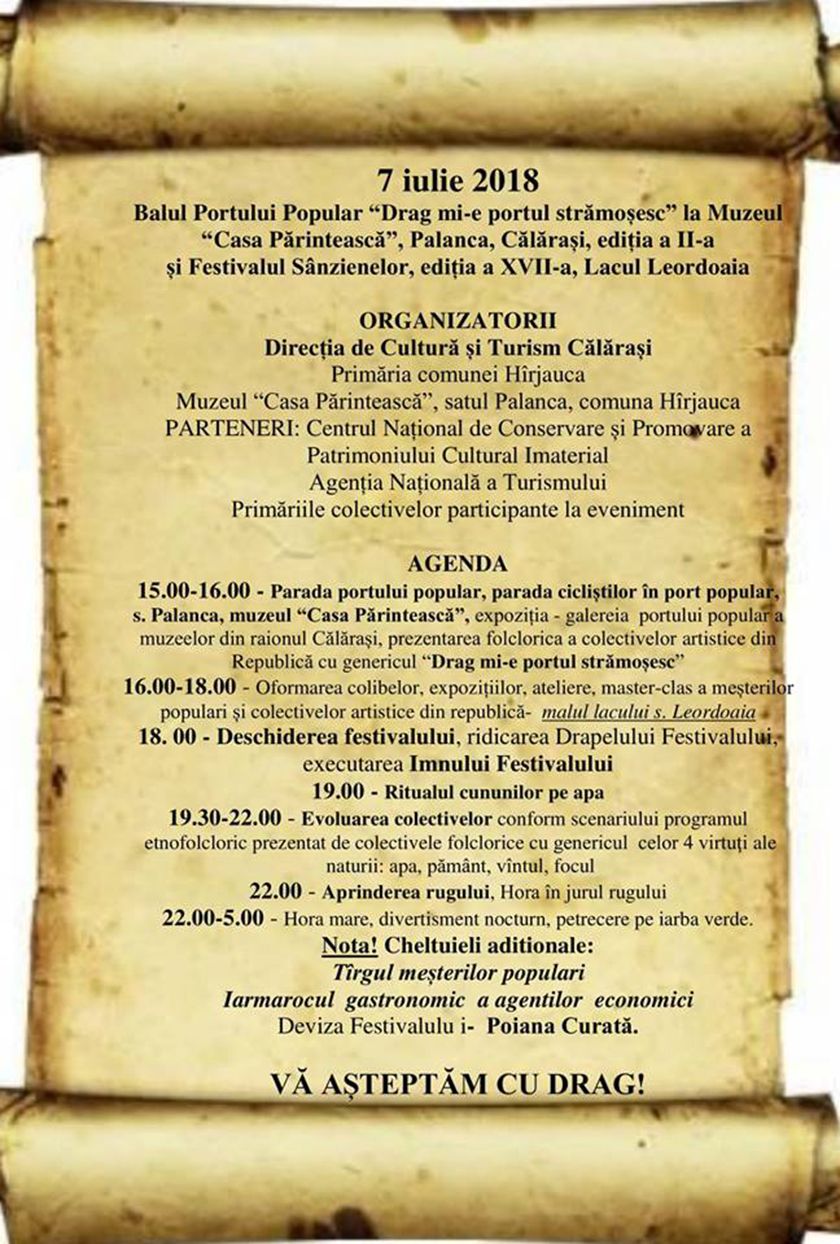