The MILK project (“Improving the Milk Market through Relations and Knowledge”) was launched by the Public Association “Pro Cooperare Regională” and implemented with the financial support of Foundation HEKS-Moldova, a branch of Swiss Foundation HEKS-EPER, with the goal to organize activities aimed at promoting the development of dairy sector in the Republic of Moldova. The objectives of the project are to advance the capacity of sector participants, improve access to finance and develop dairy farms infrastructure.

During 2018, the MILK project activities contributed to the expanding of access of milk producers to professional knowledge on farm management, health, reproduction and nutrition of animals. 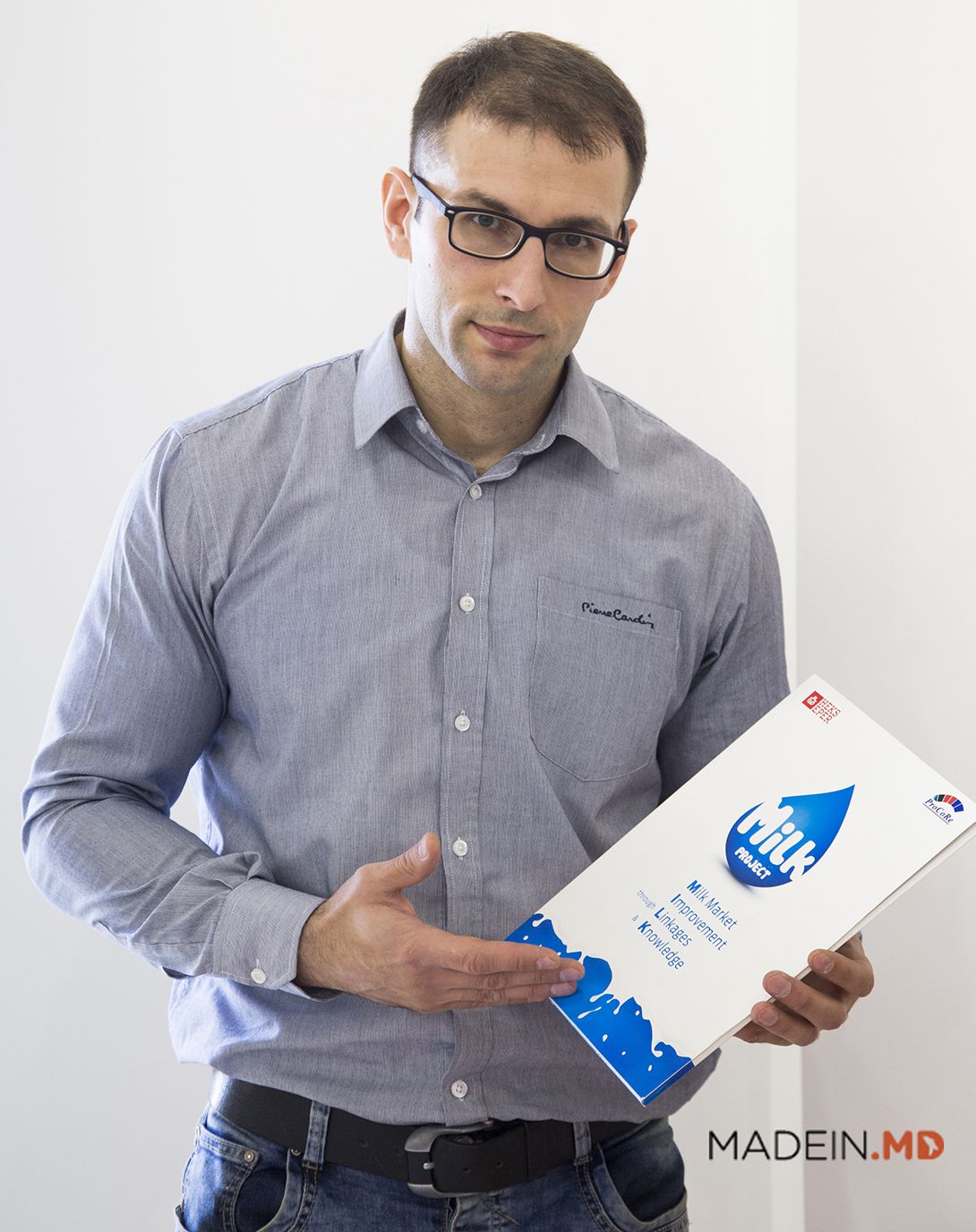 1. The project supported the initiative of the Agri-Industrial College in Grinauti to introduce a training course for “workers of the dairy industry”. A training program for the production of dairy products was developed and approved by the relevant institutions and will be implemented in 2019.

2. 29 farmers completed a professional course for “cattle breeders”, organized by the College of Livestock and Veterinary Medicine from Bratuseni.

4. The project contributed to the development of cooperative relations between farmers and suppliers of maize for silage. As a result, 41 farmer gained access to silage corn seeds, that led to an increase in fodder productivity by 40%.

5. Another successful initiative was the development of cooperative relationships between farmers and suppliers of genetic material. As a result, 35 farmers gained access to high-quality genetic material. 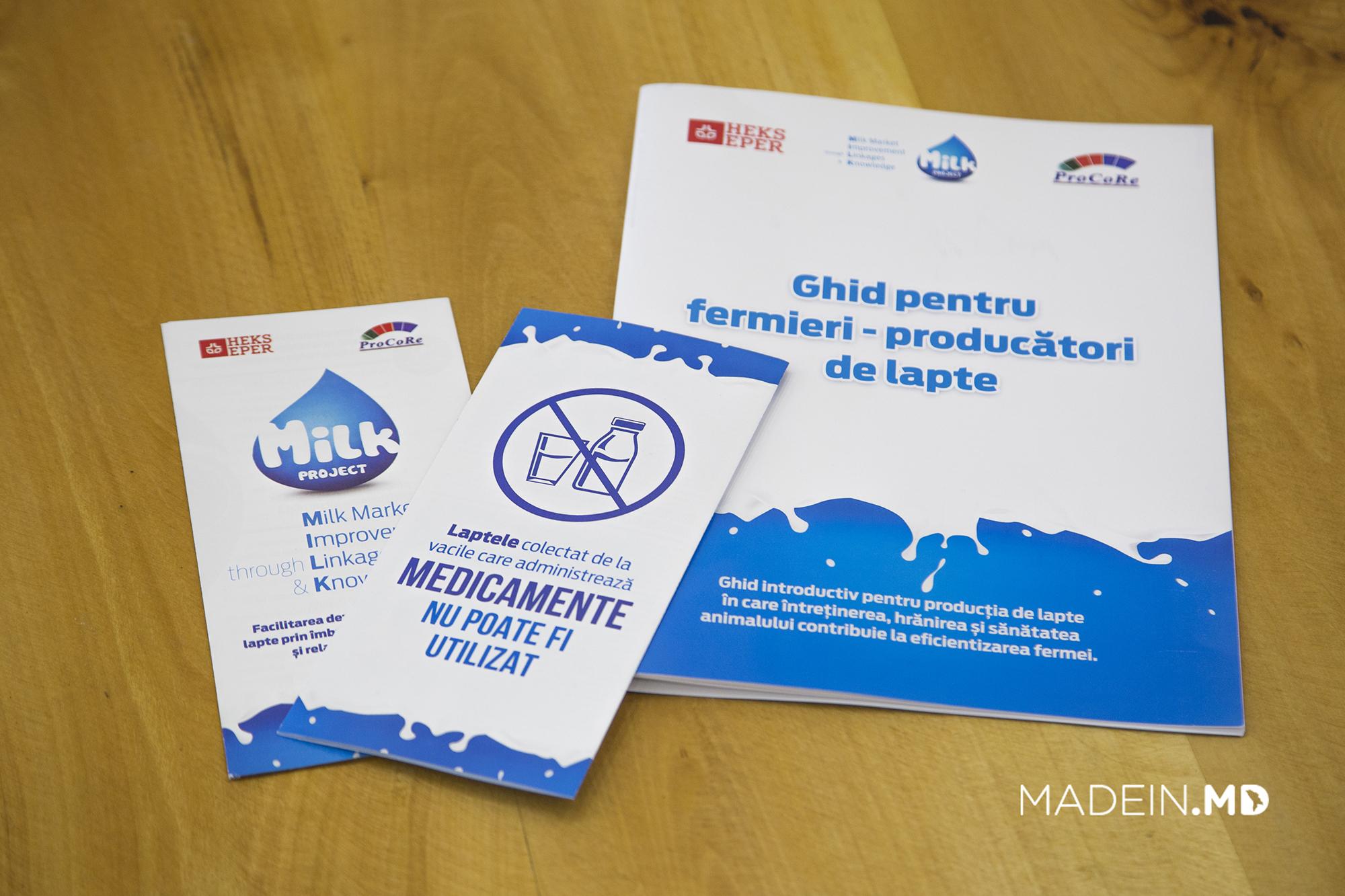 6. Considering that the livestock sector in the Republic of Moldova is unfavorable, there was developed a platform for communication with representatives of the Ministry of Agriculture, Regional Development and Environment. There were developed several proposals for updating the legislation in this sector.

7. At the same time, the project team, in collaboration with the National Food Safety Agency (ANSA) and two dairy producers, continued to identify and restore the milk collection points. Therefore, 27 milk collection points were identified and received assistance in upgrading infrastructure and equipment, and 15 others provided additional services for informing and consulting 288 farmers.

8. The project team continued to play a stimulating role in the dairy sector in order to make positive changes to the existing system, which led to an increase in competitiveness and in farmers' incomes.

In 2018, in partnership with Madein.md, the Drumul Laptelui (Milky Way) Campaign was launched. Its goal was to identify the identity of dairy products made in Moldova from the origins, a kind of milky way from farms to the final products, which reach consumers' tables. This is an informational and educational campaign that promotes the consumption of local dairy products.

The results of Drumul Laptelui campaign in 2018:

- there were published a series of information articles on dairy ptoducts, on Moldovan farms and cow breeds, on the production and testing of butter (a total of 7 articles).

All materials were published in Romanian, Russian and English.

- there were organized two events aimed at promoting local producers : Say Cheese 2018 - a festival of cheeses Made in Moldova (in cooperation with Association of Franco-Moldovan Solidarity "Vent d'Est") and a tasting of ice cream that presented the variety of local producers of this dessert.

During 2019, the MILK project will continue to cooperate with Madein.md and relaunches the Drumul Laptelui campaign with new events and initiatives. This year we will also focus on the consumption of dairy products, will continue to organize visits, various events, publish articles, photos and video materials in support local dairy producers.