Almond Growing in Moldova. A Beautiful and Prosperous Family Business

Almonds have never been a very popular crop in our country, the tradition of its cultivation is more common in the countries with Mediterranean climate. Nevertheless, there are local varieties such as Pervenets Hramova, Victoria, F-2052 or Meteor, which are suitable for the local climate and were homologated in Moldova back in the 90s. Currently, almonds, whose seeds are in great demand in the confectionery industry, begin to gain popularity in our country, one of the most prominent example being the producer Laro Migdale from Stefan-Voda.

Laro Migdale is a family business launched by Renat Lebedev, who in 2007 decided to plant almond seedlings on about 40 hectares of land. The experiment gave the first results in the 4th year, and now it is already a real profitable business. Near the village of Stefanesti, in Stefan Voda district, besides the almond groves of Laro Migdale, we can find a warehouse with an industrial dryer, workshops for the production of almond flour and almond oil. Renat Lebedev invested hundreds of thousands of euros in this business, part of them he earned while working for 11 years abroad and another part he received through various local programs and grants.

In the process of growing, the farmer does not use any chemical fertilizers (herbicides, pesticides), only in the spring trees are processed with Bordeaux mixture. This crop is not affected by drought and seasonal rains re enough to give the trees the amount of humidity they require. The greatest danger that almond trees can be exposed to is the winter frost. If the temperature reaches minus 27 degrees Celsius, the entire crop can be compromised. In fact, this is one of the reasons why this type of business is still not popular among domestic farmers. However, if the climatic conditions are optimal, the yield is 600-700 kg per hectare. 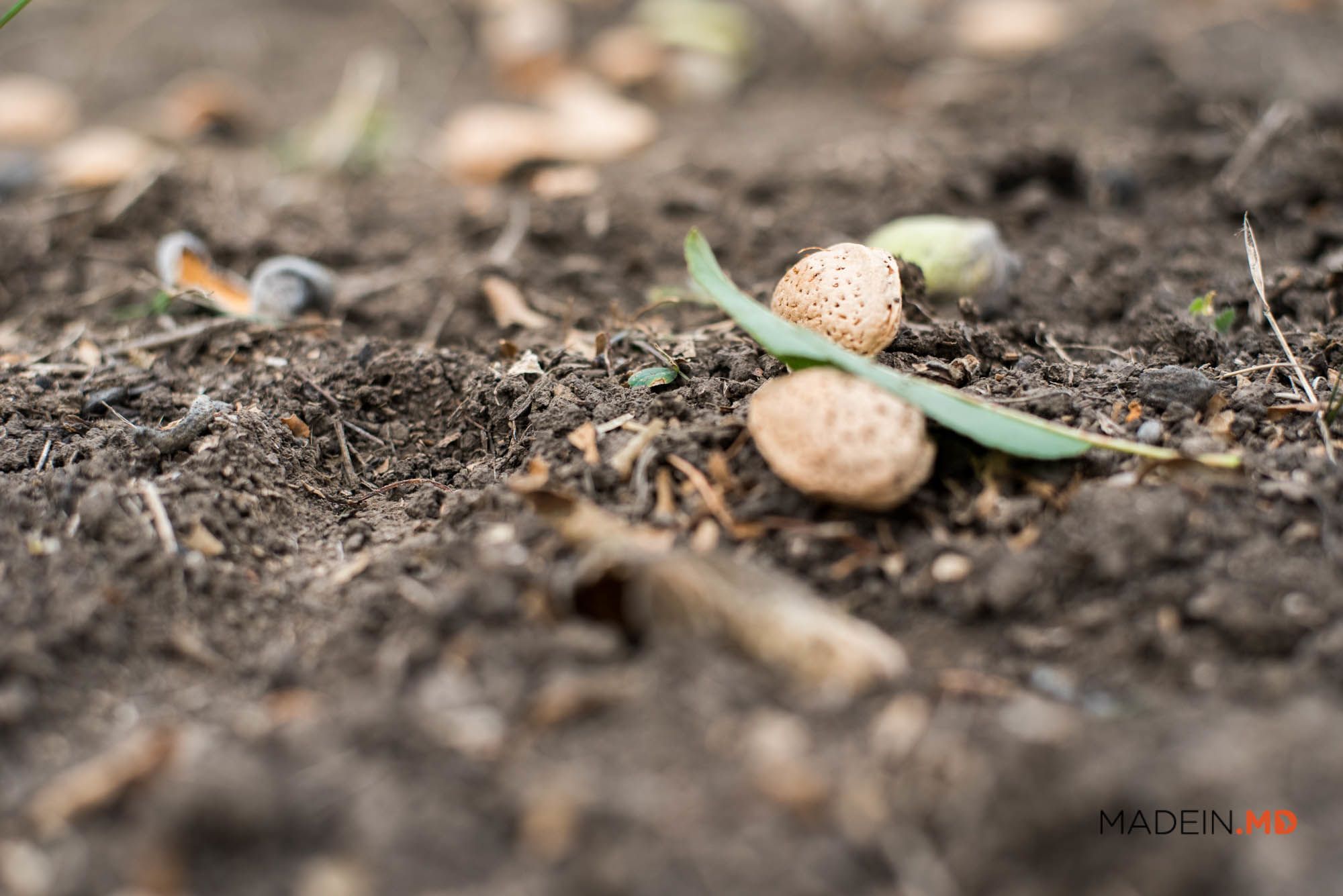 In order to facilitate the harvesting of almonds, Renat Lebedev has invested significant amounts of money in the purchase of a device for shaking trees, a mechanical broom and a cleaner (Italian equipment used in almond gardens for harvesting).

Therefore, this rather complex process is simplified, and time and costs are reduced. Another important element is the conveyor belt, in which the almonds collected by the cleaner are already sorted manually from stones, wires and twigs. 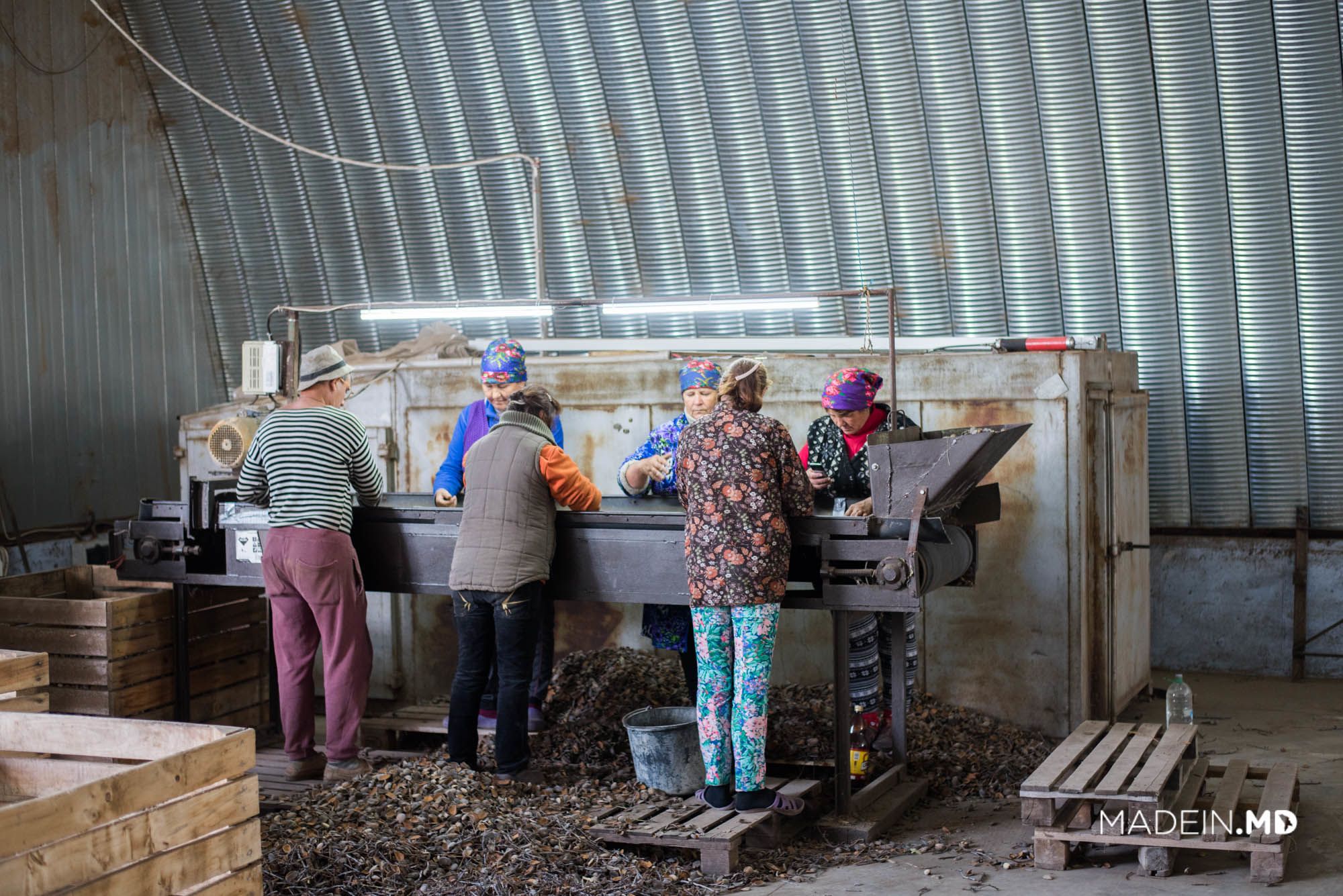 Laro Migdale as a brand is known to local consumers not only for the nuts, but for other products as well: almond flour, almond flakes or almond oil, which are also produced here in a special facility (warehouse) which is located next to the grove. In collaboration with other local producers, handmade soap and other almond-based cosmetics are manufactured.

The company has 12 employees (3 farm workers, 4 machine operators and 5 in a warehouse). Almond storage, separation, drying and dehydration is carried out in the warehouse. Afterwards the nuts are prepared for blanching and for the production of flour and other products.

The almonds skin/husk is sold to local producers of pellets, a part is used for heating the warehouse and associated buildings and a part is used as a fertilizer in the garden. 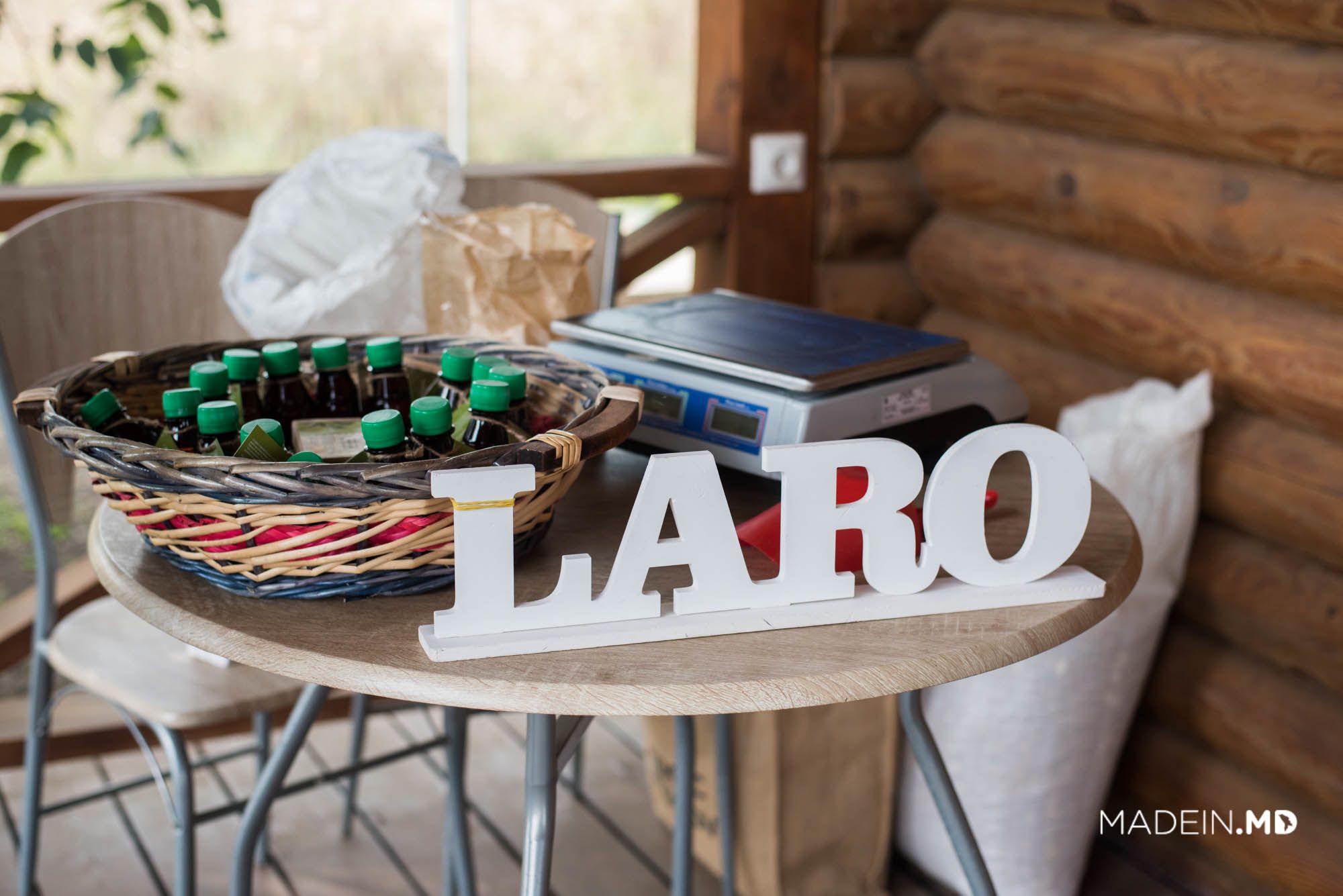 Expansion and development of business

Laro Migdale already has a permanent customer base in Moldova and manages to export almonds to other countries as well (in recent years, the almonds were sold to Romania, Italy and Arab countries).

Renat Lebedev said that it is a business that always requires new investments: in equipment, in labor, in the development of new products. The entrepreneur believes that a true family business is based on such values as tradition, quality and responsibility.