Fruits and Berries Nurseries in Moldova

Production of fruit bearing trees, shrubs, and vines is a completely different business than growing crops on plantations. Creating a plant nursery is a complex process that requires large financial resources and knowledge in the field of plants reproduction. As in the case of plantations, there are risks associated with the care, preparation of the soil, pest control and irrigation. If everything is done correctly and at the right time, the seedlings will grow well, so it is very important that all technological standards are met to limit the production risks. 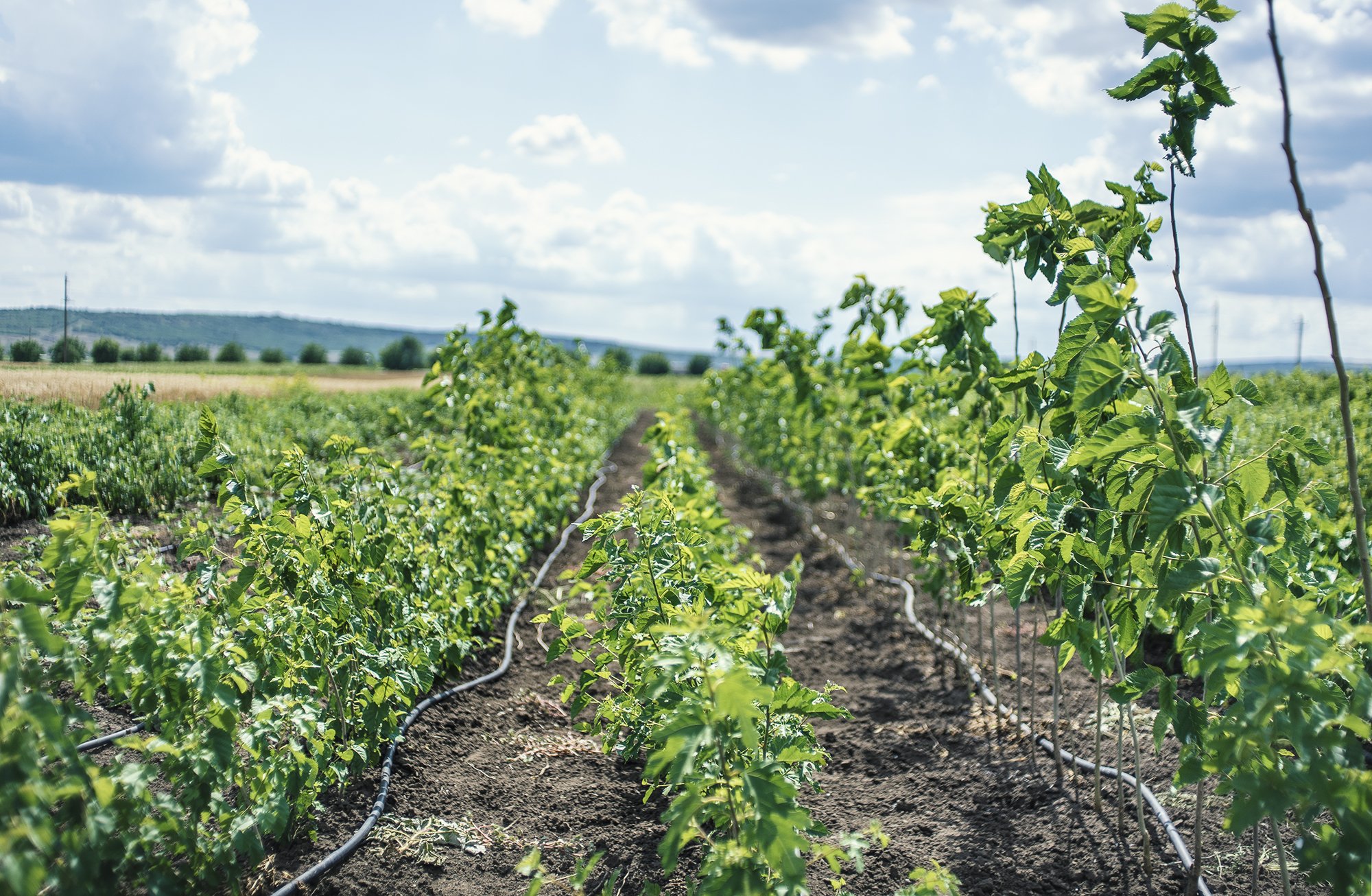 The plant nursery in the village of Negureni

Valerian Malai has been engaged in agriculture for a long time. It all started with a black currant plantation that has served the farmer for 20 years, being profitable and constantly encouraging him to experiment with berries varieties. During these years, he was engaged in their selection and breeding, until he found the most optimal, sustainable and profitable varieties for Moldova. Thus, Valerian Malai became one of the leading producers of seedlings of berries in the country.

On an area of about 10 hectares, Valerian Malai grows not only in seedlings, but also berries for current consumption, continuing to experiment and choosing the best and most productive varieties.

Currently, in his nursery, the farmer produces blackberry, mulberry, strawberry, morus, red and white currant, gooseberry and cornelian seedlings. Particular emphasis is placed on the cornel berries varieties, a poorly developed agricultural crop in Moldova. The farmer is engaged in reproduction of red cornel seedlings Baymaсlia (local variety), of variety Elegant and of the yellow cornel. Unlike other berries, cornel seedlings are grown for five years. During the first tow years, the seeds undergo a process of stratification, only in the third year, the tree is grafted and then two more years are left for growth. In case of currants, gooseberries and other berries, the seddlings are ready from spring to autumn.

Foreign varieties are also grown, especially in the case of currants or blackberries, a crop that until recently grew in our country only in the wild. Valerian Malai admitted that almost all of these foreign varieties, perfectly adapted to our soil, more fertile than in neighboring countries: Romania, Ukraine, Poland, where farmers face the problem of sandy land. Moldovan soils are rich in calcium, phosphorus and potassium, they contain all the minerals necessary for the good development of these crops.

One of the biggest problems faced by the farmer are pests and insects, especially Epicometis hirta, which comes from nearby canola plantations. In order to combat them, he is forced to use traps with pheromones (the farmer has placed about 300), and sometimes even insecticides. This insect, which was brought to Moldova only a few years ago, represents a great threat to most local fruit and berry producers.

In order to be able to sell them, seedlings must be certified, and all the varieties must be included in the Register of Plant Varieties of the Republic of Moldova. The nursery is visited 2-3 times a year by representatives of the National Food Safety Agency, who check the quality of the seedlings, and afterwards issue the appropriate certificate.

All seedlings are sold on the local market to both agricultural enterprises and individuals. The demand is not great, because there are few chances to start a business in agriculture, there are too many obstacles and difficulties, large investments are required, especially in the irrigation system. However, Valerian Malai believes that young people, especially those who return from abroad, should be engaged in agriculture, primarily because these rich and fertile soils of Moldova should be used to the maximum.

To those who purchased seedlings and want to plant them, the farmer recommends planting currants, gooseberries, cornels or blackberries in the fall, while strawberries, in turn, will give the best yield if planted in April, May or June.

The plantation is located near the village of Negureni, on the route Orhei-Soroca, 2 km from Negureni.

The first nursery of goji berries in Moldova

The enterprise of Elena Vetrici was the first in Moldova to start producing goji seedlings. The nursery was created in 2018, when the variety Miracol was introduced to the local market and included in the Register of Plant Varieties of the Republic of Moldova. She started growing goji several years ago when she brought about 200 seedlings from Romania. Now a hectare of land is allotted to the goji berry nursery. This is a very stable crop, and although it likes the sun and heat, the berries can easily withstand low temperatures or even the first frost. Goji grows in many different types of soil, even in sandy one.

Seedlings are grown for 6 months: first, they are planted in a greenhouse, then in the spring they are transferred to the field, where they are regularly looked after, and in mid-September - early October they are ready for sale. Goji seedlings have already been purchased by several agricultural enterprises and planted in various regions of the country (about 30 hectares in total). Seedlings buyers receive consultations from Elena Vetrici, throughout the year, as the entrepreneur organizes free workshops where she teaches other goji producers how to grow and care for this berry.

Goji seedlings can be planted both in early spring and in the fall, until November. Those who want to grow goji berries in their own garden, should plant them in a sunny place and prune them regularly to decrease the ammount of shoots. The more branches the bush has, the less harvest it will offer.

Goji nursery is located near the village of Chirileni, in Ungheni district.

The publication of this article was possible due to cooperation with the project Improving Productivity and Access to Market of Berries Producers, financed by HEKS-Moldova foundation, implemented by the Business Consultancy Centre.