Moldova Increases the Export of Berries

Apparently, the year 2018 will be a turning point for the berries industry in Moldova.

During the first five months of the last year, the exports of sweet cherries and strawberries amounted to 630 and 223 tons, respectively. 80% of them went to Russia and 20% to Belarus. In general, of 10 thousand tons of berries obtained in the last year, 85% were sold on the domestic market.

This year, in the period January-May, the exports of sweet cherry rose 5.5 times, while the exports of strawberries rose 6.1 times! According to certificates issued by the National Agency for Food Safety, 3,450 tons of sweet cherries and 1355 tons of strawberries were exported to foreign markets. Moreover, Moldova managed to export 5 tons of sour cherries and, for the first time - 19 tons of raspberries.

The geography of exports also expanded. The main consumers are still Russia and Belarus, but part of the production went to Romania and the Baltic countries. According to the forecast of the Association of Producers and Exporters ”Moldova Fruct”, in 2018, seven Moldovan producers of sweet cherry will begin to supply their fruits to the EU. 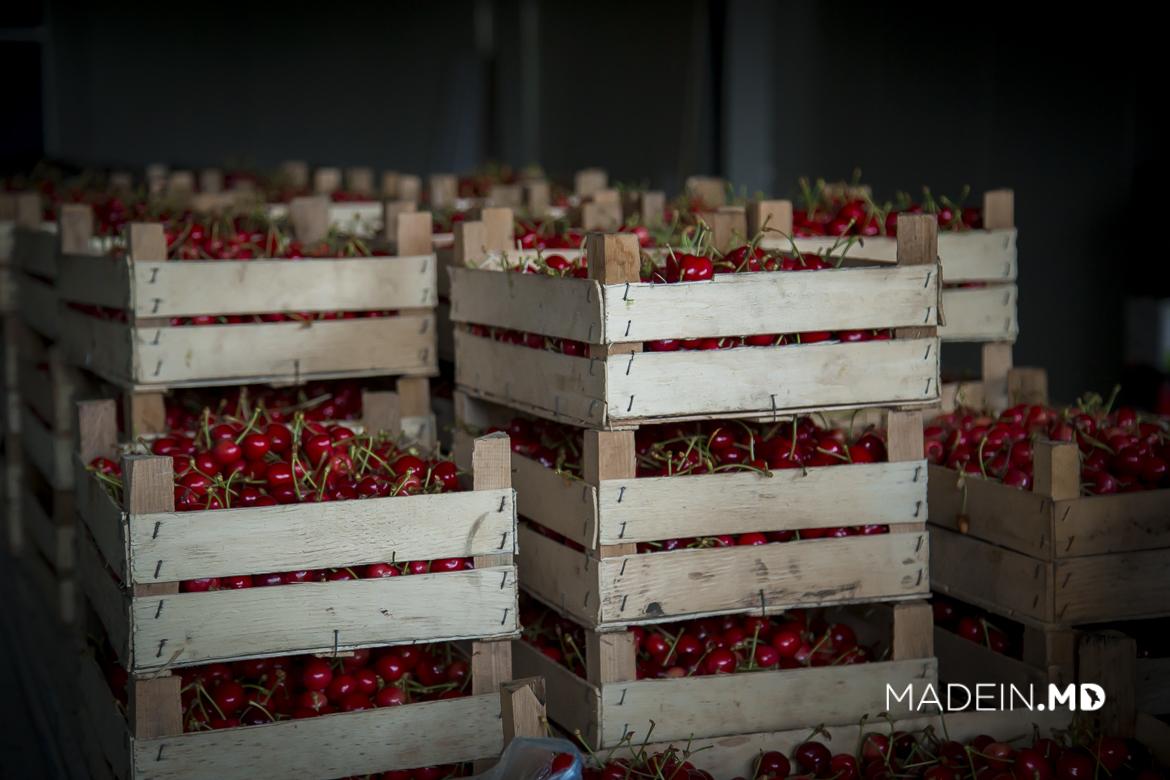 According to the experts of the USAID project: High Value Agriculture Activity in Moldova, the main factor that constrains the export of Moldovan berries to the EU is the lack of safety / quality certificates recognized by European supermarket chains. By the beginning of 2019, Moldovan berries producers hope to eliminate this problem by starting to certify production according to the Global GAP standard (a certificate that must be confirmed annually).

Moldovan berries producers managed to reach other markets as well. Two years ago the company Impex Business Grup SRL from Criuleni started to export Moldovan strawberries to the United Arab Emirates. This spring, the first trial lot of sweet cherries went to Dubai. The export to this region is strongly hampered by the absence of a regular direct flight.

An increase in the investment process for the production of berries started in 2012. At that time, there were only 800 hectares of berry plantations in Moldova and the harvest was 1,5 thousand tons. In 2017, the berries plantations occupied already 3,6 thousand hectares and the harvest reached 10 thousand tons. By 2021, 5.6 thousand hectares and 17 thousand tons of products are forecasted (not counting about 90 thousand subsidiary farms, which also grow berries). At the same time, the experts expect that in 2021 the domestic market will absorb slightly more than a third of the "fresh" berries grown in the country. The rest will be exported in fresh form, or will be processed with the prospect of being sold abroad.

The assortment of berries is also expanding. It seems that not so long ago, few people in Moldova knew such cultures as blackberries, goji berries or blueberries, etc. Now these berries can be found on the shelves of domestic supermarkets, having the trademark Made in Moldova.

Moldova exports not only fresh berries. They are sold in frozen form by Moldovan-Jordanian joint venture Kardel or canned by SC Alfa-Nistru from Soroca. There are also produced freshly squeezed blackberries and chokeberry juices, blackberries wine; honey soufflé with blueberries; berries based candies and many other products of European quality, which also have export potential.
The producers' interest in berries is connected not only with the activities of international projects supporting the Moldovan agricultural sector (ACED, AMIB-HEKS / EPER, ARM-USAID, Food and Agriculture Organization of the United Nations (FAO), etc.) but also with the subsidies offered by state programs. Due to state support, for example, the area of blackcurrants plantations increased five times. According to the government program, about 20% of all investments for the planting of currants plantation were compensated from the state budget.
In Moldova, there is a program that covers from 15 to 25% of the total expenditures associated with planting of raspberries, blackberries, strawberries, sea-buckthorn, gooseberries and blueberries. These compensations relate to the cost of planting material, irrigation system and other issues. Separately, the state provides a subsidy for the purchase of equipment for the processing of berries.
In order to make it easier to export the fruits, Moldovan producers are united in cooperatives; while to promote their interests, there was created the Association ”Pomuşoarele Moldovei”. 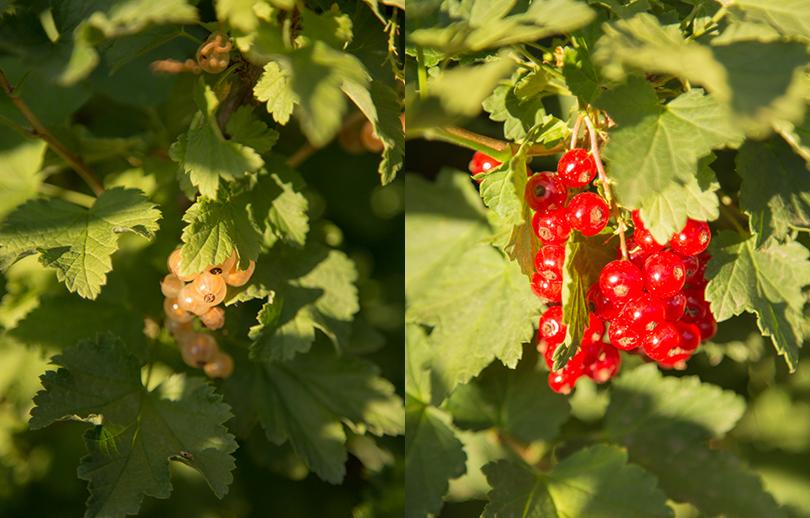 In addition to the traditional environmental and weather risks, Moldovan berries producers face yet other difficulties:
- shortage of labor force. According to the National Bureau of Statistics of the Republic of Moldova, in the first quarter of 2018 in comparison with the same period last year, the number of agricultural workers increased by 20.8 thousand people, that is, by 6.7%. During this period, 331.4 thousand people were involved in the agricultural sector. This is 29.5% of the total number of employed people in the country.
However the number of workers is insufficient. In recent years, labor shortages and relatively low labor productivity have become one of the main factors hampering the development of fruits growing in Moldova.
In Poland, for example, this year about 30-40% of grown strawberries were left on plantations. This situation was caused by the fact that Ukrainian migrant workers, who in recent years were gathering fruits, now refuse to work for only 2.5 zloty ($ 0.68) per bucket of strawberries. They simply can earn more in other domains. 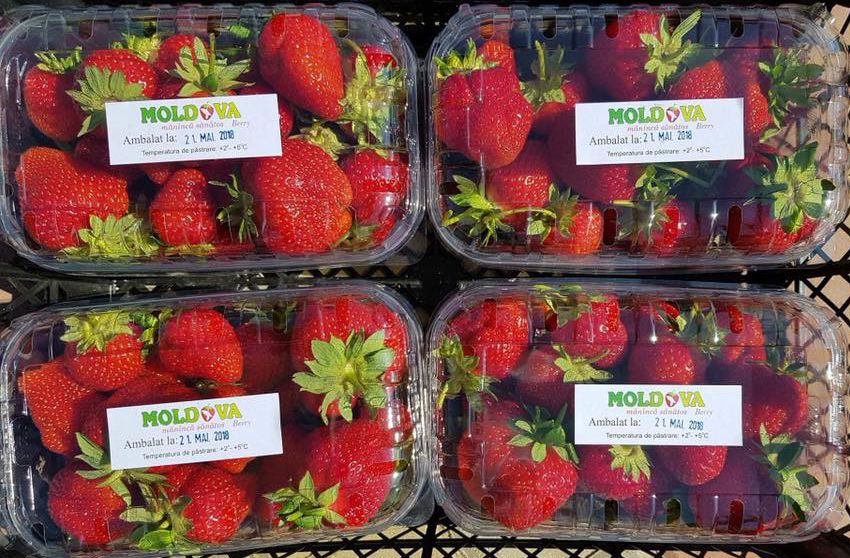 - world price conjuncture and global competition. For example, the Turkish sweet cherries producers, left a significant part of their harvest in the orchards. It was useless to gather them, first of all because of their low cost and secondly because of high labor costs.

Farmers in Bursa, a city located in the north-west of the country, note that today they manage to sell sweet cherries at a price of 0.25-0.35 $ / kg, which is on average 50% cheaper than last year.

At the beginning of the season Turkish farmers were able to ship berries to the wholesale companies at 1.25-1.5 $/ kg. However, this price was kept only for a couple of days. Then it dropped six times. When purchasing prices dropped to the level of $ 0.25 / kg, the majority of local farmers simply stopped harvesting, as it became unprofitable. ”For one worker, I pay about $18 a day for harvesting fruits and in the end this business will not bring me any profit", said on of the local farmers.

- smuggling from Ukraine. Moldovan producers have serious issues on domestic market as well. The chairman of the association Pomuşoarele Moldovei, Iurii Tarai estimated the share of contraband berries at the beginning of 2018 was approximately 70%. It is being transported in small lots, through Transnistria to the Moldovan agricultural markets.

"The smuggling of berries from Ukraine to the Moldovan market is a good solution for the Ukrainians due to the relatively low cost of their production. In the neighboring country there are many relatively inexpensive resources for the agricultural production: mineral fertilizers, pesticides, electricity, machinery. In Moldova, practically all these resources are imported and expensive, said Iurii Tarai. In addition, the salary of agricultural workers is higher in Moldova. Iurii, as the director of Lolly Berry company, pays his employees 100 lei or 5 euros a day. In Ukraine, people get only $ 3 for a similar job.

Nevertheless, according to expert forecasts, the number of people employed in the berry business in the Republic of Moldova by 2021 will double and will amount to about 10 thousand people.