What is Gluten and How it Can Affect our Health. Gluten Free Products Made in Moldova

Gluten is a sticky protein found in cereals (wheat, barley, rye, etc.). It has the property of “clinging” to carbon dioxide released by yeast, and thereby contributes to making the components of flour more effective. It forms the structure of bread dough and makes it elastic and extensible. In addition, it is used as a binder as well as a hidden ingredient in many other foods such as canned meat, mayonnaise, soy sauce, tomato paste, beer or various sausages.

The consumption of gluten is a controversial subject, as there are more and more people who suffer from celiac disease. People suffering from this disease do not tolerate gluten even in small quantities. 50 milligrams of gluten can cause an immune response that destroys the mucous membrane of the small intestine. This can cause a number of negative symptoms and lead to other diseases, such as osteoporosis, infertility or damage to the nervous system. Hundreds of millions of people around the world suffer from celiac disease.

In Moldova, more than 300 children suffer from this disease. Doctors believe that the numbers can be much higher, because there are people who have not been officially diagnosed yet. However, every year from 10 to 12 children are diagnosed with this disease at the Center for Mother and Child in Chisinau.

There are also people who, although are not suffering from celiac disease, have certain digestive problems and consuming gluten-free foods that can help them alleviate these problems. Gluten sensitivity is a term that is used for certain symptoms after consuming foods containing it. These symptoms include gastrointestinal discomfort, fatigue, joint pain, and neurological problems.

Nowadays, the gluten-free diet has becomes quite popular and it is adopted by those who want to exclude foods with a high content of carbohydrates and calories. This diet is associated with body detox and weight loss, but there are also studies showing that a gluten-free diet is not very good for people who do not suffer from celiac disease. Many people avoid wheat products and other gluten-containing cereals, not knowing that they miss some important and necessary components, such as dietary fiber, which is found in large quantities, especially in whole grain crops. Products that contain gluten are also high in calcium, vitamin B and iron.

An interesting product is the spelt grain. Despite the fact that it is rich in gluten, it can be consumed by people with intolerance to this substance. This is due to the fact that the molecular structure of spelt proteins has the greatest similarity with human plasma.

Among the manufacturers of bakery and flour products, we can name the company BioEm, that offers a variety of sorghum grain products. This brand offers sorghum flour and hemp seeds - both of these products are gluten free. 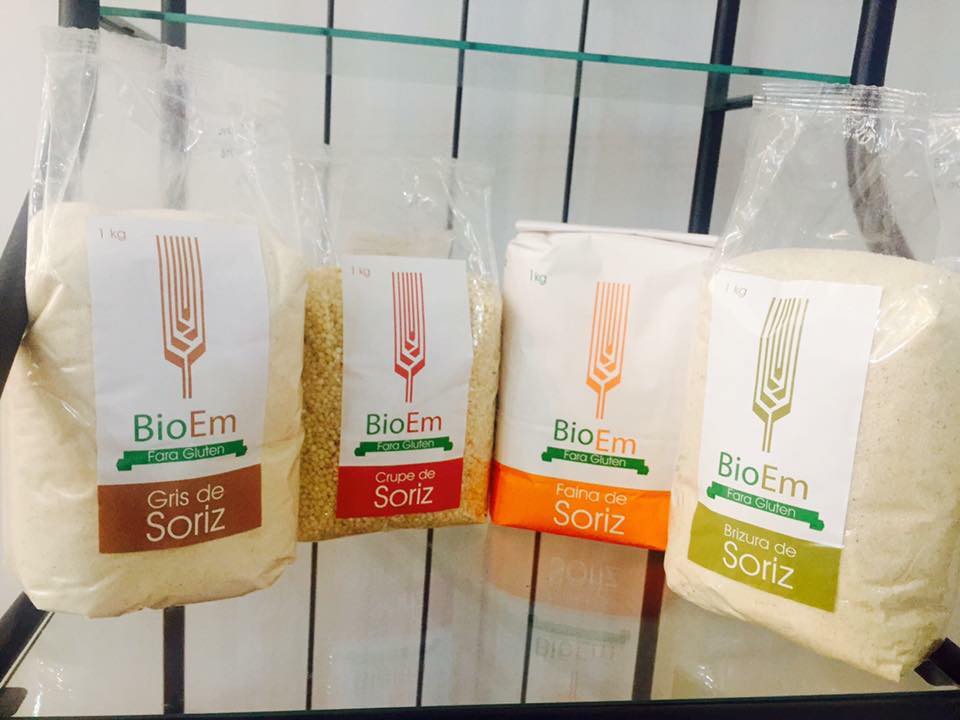 The company Art-ProEco specializes in the production of cereal flakes from 100% natural ingredients under the brand name "Ronți", and one of the proposed varieties of flakes does not contain gluten.

For those who do not tolerate gluten, an alternative to wheat or rye bread may be the one made using buckwheat or corn. Such products can be found in some artisan bakeries in the country, such as Casa Rîbca, Iarba Noastră or Dorin Mereuță.