National Wine Day 2019 celebrates its "coming of age". This year, for the first time, the celebration extended from the Square of the Great National Assembly to the square of the Cathedral and to the pedestrian street E. Doga. Also, this edition was attended by a record number of winemakers - 68 small and large wine producers. 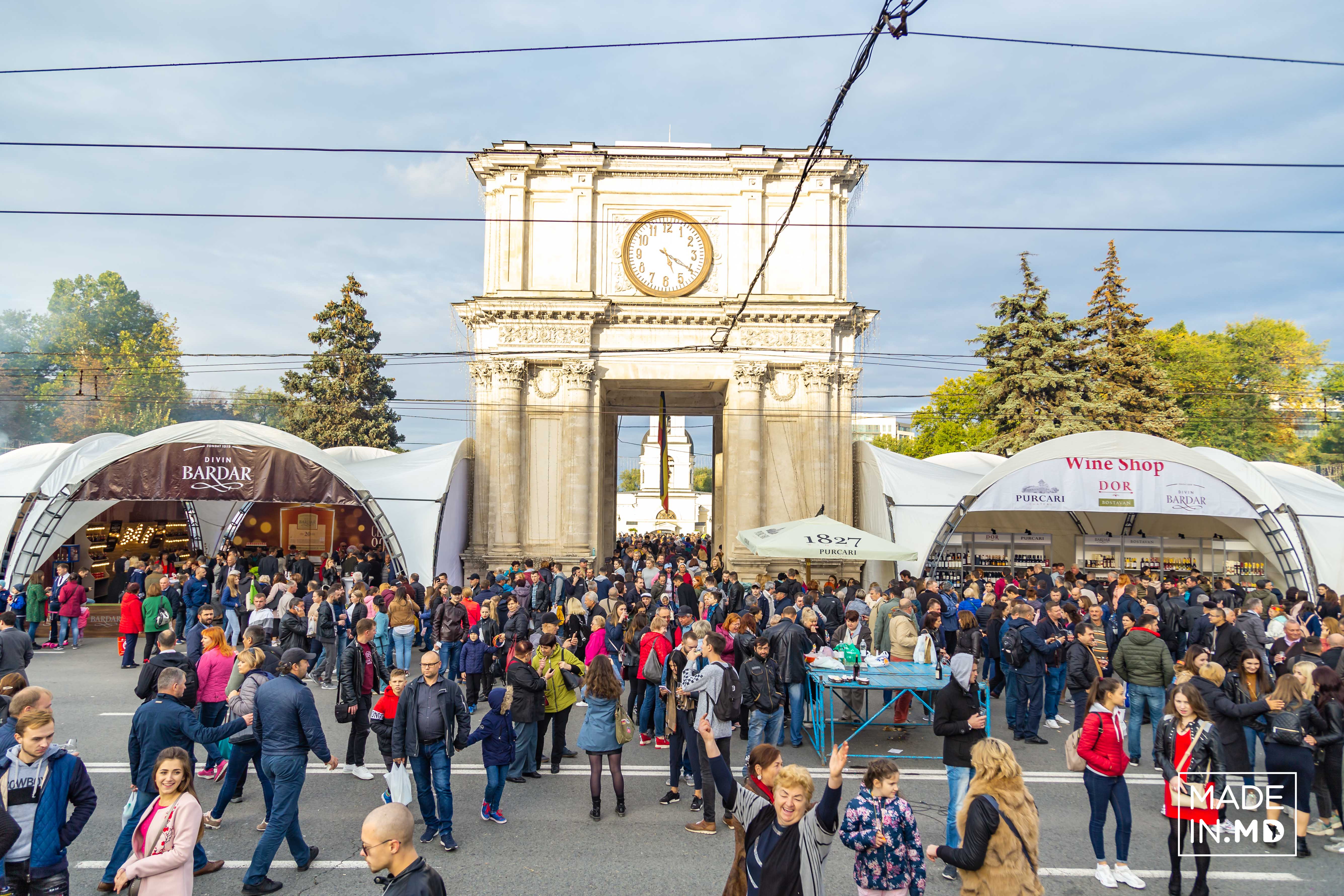 Medals and prizes were awarded by the Minister of Agriculture, Regional Development and Environment, Georgeta Mincu and the Director of the National Bureau of Grape and Wine, George Arpentin.

In 2019, the Grand Prix in the wine sector was awarded to the Bostavan winery for special merits in the production of high-quality wines, the preservation of traditions and excellent quality, as well as for promoting the image of the Republic of Moldova as a wine country on the international arena.

The medal named after the world famous Moldovan scientist Petru Ungurean, the author of numerous inventions related to wine production technology, and the prize “The Most Skillful Oenologist of the Year” was awarded to Victor Chira, chief oenologist at Suvorov-Vin, while the head of the department of winemaking at Migdal-P, Victor Efros, who has been actively engaged in winemaking for 40 years, was awarded the title "Winemaker of the Year" and the "Nicolae Guzun" medal.

The highest quality wines with Protected Geographical Indication were also awarded, by region: Doina Vin for the Codru region; Kazayak-Vin for the Valul Lui Traian region and Chateau Purcari for the Stefan Voda region.

Throughout the event, visitors had the opportunity to use the Taster Card purchased at the entrance to Winer Town and enjoy the solo performances of local and foreign artists, as well as DJs.

They had the opportunity to learn more about the world of winemaking at the Wine School, where, under the guidance of a sommelier, they learned to pair wines with various dishes and to learn which wines are made from local or foreign grapes varieties. 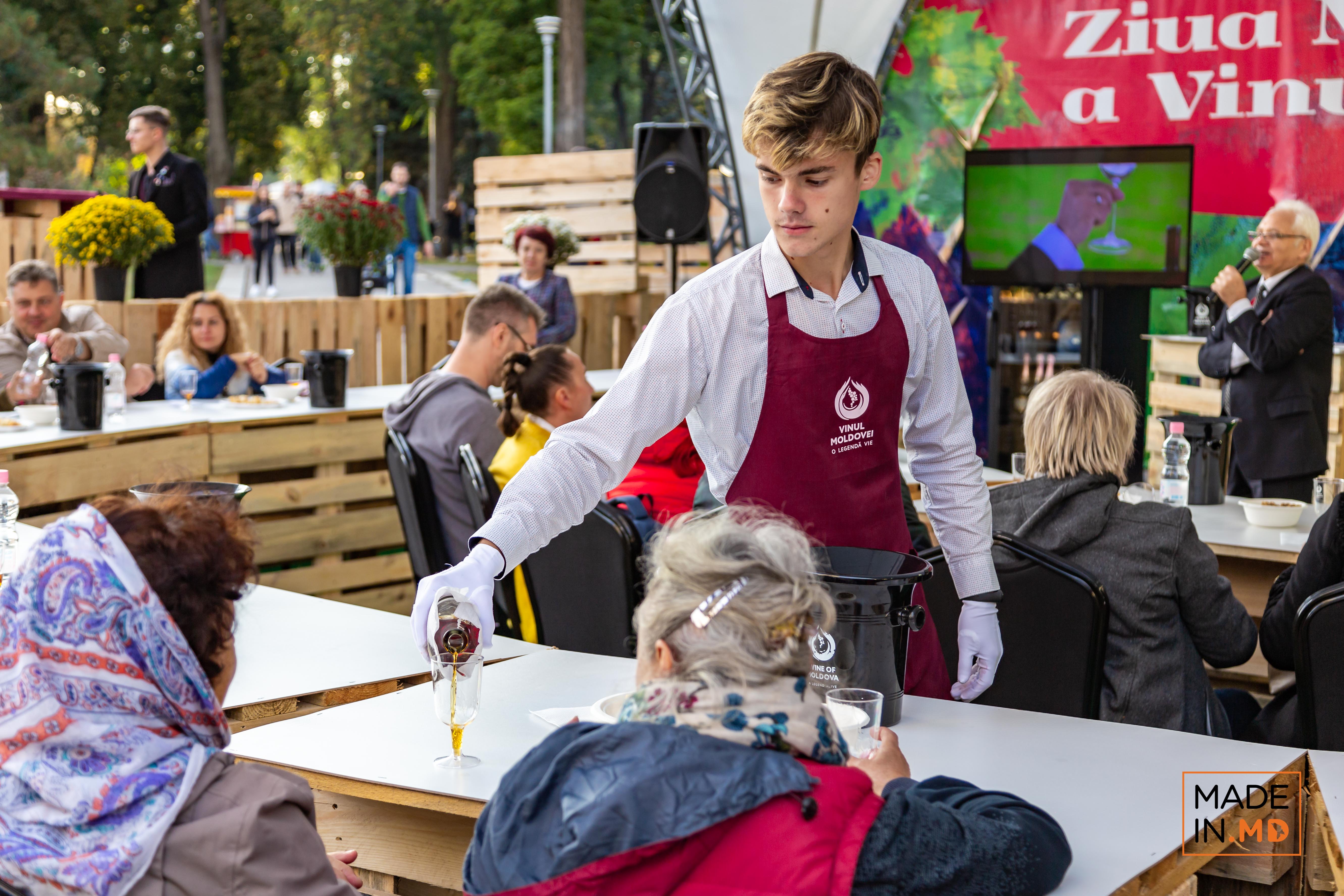 There were organized masterclasses on wines with PGI, as well as folk dance workshops at the Peasant's Courtyard, which was located near the Cathedral. There were various masterclasses on pottery, carpet making and needlework, while on the pedestrian street "Eugen Doga" was organized a fair of craftsmen who presented their handicrafts.
New wines launched at the event

New wines launched at the event

Vinuri de Comrat released the dry red wine - “Bessarabian Province. Limited Edition ”, a name that refers to the fact that the company was founded in the province of Besarabia in 1897. Accordingly, the emblem of the time is used on the label. This is a high-quality wine, aged in barrels for 12 months, made using Saperavi variety. 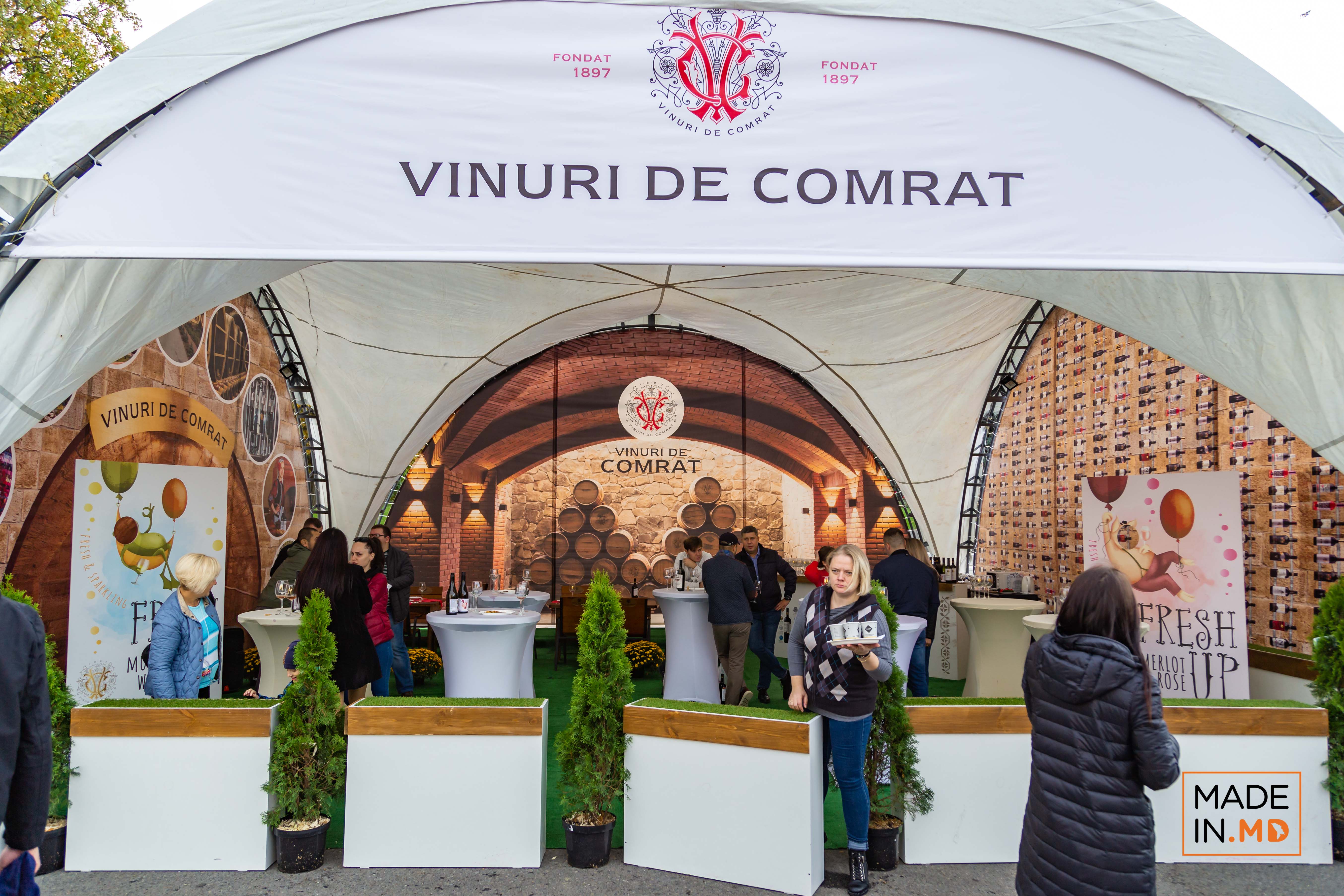 Vinăria din Vale has released three new products: the Mozaic series using grape varieties Saperavi, Malbec and Shiraz. The wines are made from international varieties that are ideally adapted to the territory of Moldova and were grown in the Valul Lui Traian region.

Vinăria Sălcuța released a group of wines of 2017 and 2018 harvest - 10 new wines grouped into 2 collections, and a “trio”: three new wines made using Viorica grapes, “Alb de Onițcani” - it is the second winery in Moldova that produced wines from this variety and the pink wine "Pinot Gris bluched". The winery also launched a collection “Alternative” that consits of 2 red wines and 2 white wines - a blend of international and local varieties.

Chateau Cristi released the Chardonnay series of 5000 bottles, harvest of 2018, aged for 4 months in Romanian barrels. The wine has exotic fruit notes, ripe apples, a bit of quince and linden flavor.

Cricova introduced a unique sparkling wine - “Crisecco Gold Collection”, a white sparkling wine produced from 2 local varieties of 2018: Viorica and Alb de Onițcani, in a ratio of 50 to 50.

S.A Barza Albă launched a divin from the XXO category - matured in oak barrels for 50 years. It is sold in a crystal bottle that weighs 2 kilograms, the marking elements are engraved in gold, which guarantees this divin the status of a unique product.

National Wine Day was organized by the National Office of Vine and Wine, the Ministry of Agriculture, Regional Development and the Environment, the Chisinau City Hall, the Wine Manufacturers Associations with PGI “Codru”, “Valul Lui Traian”, “Stefan Voda” and “Divin”, with the support of the strategic partner of the event, Moldova Competitiveness Project, funded by USAID and the Swedish government, general partners: Moldova Agroindbank and Mastercard. Madein.md was one of the event’s information partners.