More than 30 Varieties of Local Cheeses were presented at the Tasting Organized by Madein.md

Whether they are made on the basis of Italian and French recipes, or are new locally manufactured products, Moldovan cheeses proved their high quality that make them competitive with foreign ones.

On November 22, 2016, at Embargo Wine shop, there was organized the eleventh edition of the social campaign for the promotion of domestic products - "Taste for 7 times, choose once". This time the tasting was dedicated to Moldovan cheeses.

This event was of crucial importance, taking into account the results of a poll organized among the residents of Chisinau that showed that our citizens are unfamiliar with the existing Moldovan producers of cheese, as you can see in this video.

We would like to thank our partners who helped us organize this event: Emabrago Wine shop as the host of the event, Chateau Vartely for the offered wines and the company JLC, which in addition to cheese, provided us with water under the brand name Aqua Balance.

The variety of cheeses produced in Moldova 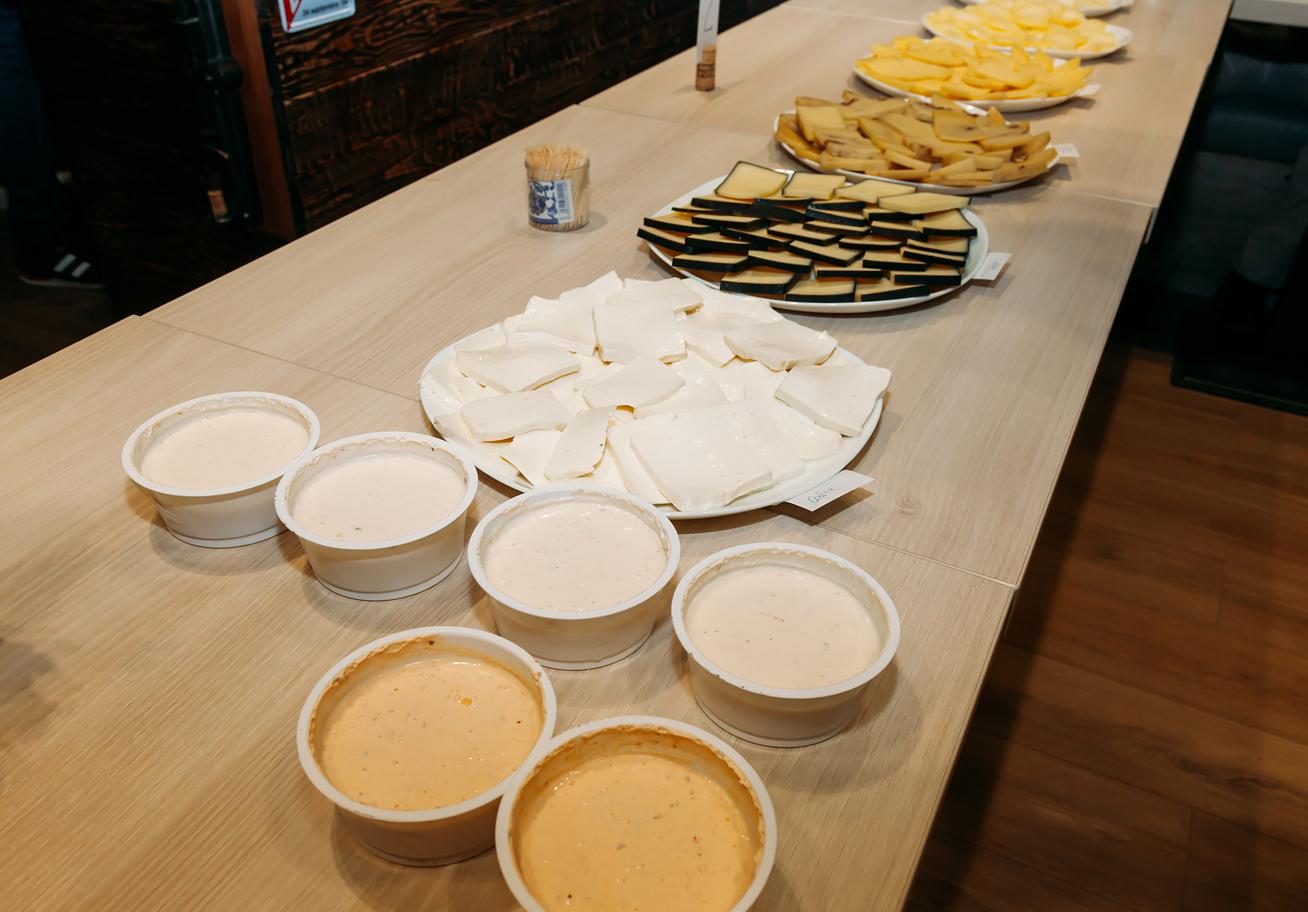 Every type of cheese requires a certain wine

The audience was pleasantly surprised by the wide variety of cheeses that are produced in our country, appreciating and savoring their taste together with wines from Chateau Vartely. Emabrgo Wine representatives gave the audience a number of useful recommendations and tips regarding the combination between various types of wines and cheeses. Thus, for example Mozzarella cheese is better served with a Sauvignon Blanc, which is dry and not very flavorful. Caciotta cheese that has a neutral taste is also served with white wine. For the Russian and Dutch cheeses, which already have a more complex flavor, Chardonay white wine is more recommended and the cheeses from last two rounds are better served with red wines (Merlot, Cabernet, Pinot Noir). 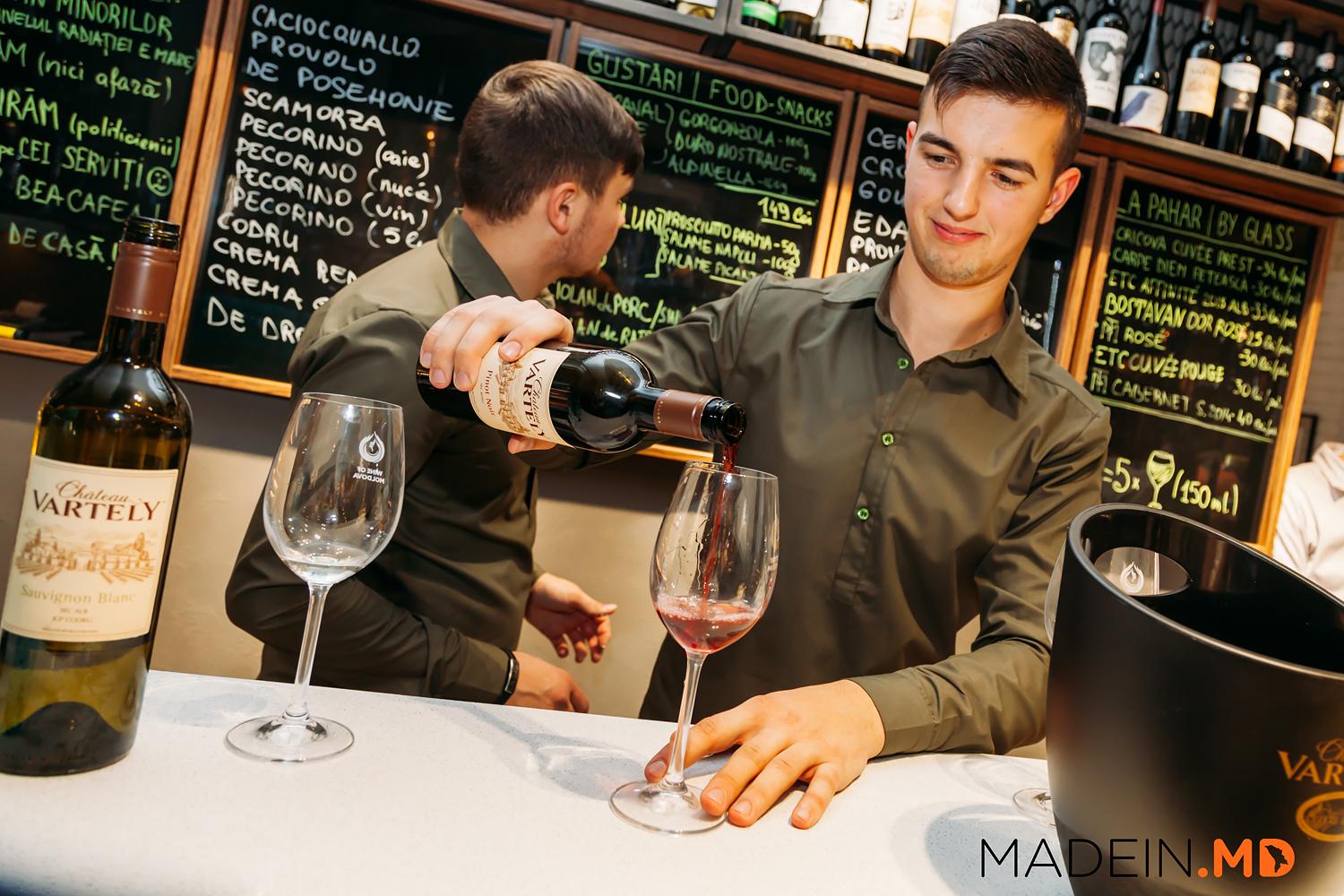 Popular and well-known producers, as well as several newcomers

The tasting was attended by the representatives of seven companies that manufacture cheese, who told the audience about their products, the used ingredients and production technologies. Those present at the tasting were given the unique opportunity to learn about new products, which are not accessible yet in local stores.

Full list of producers and and the variety of cheeses they provided:


The representative of the company Ferma cu Origini told us about the activities of his company, which specializes in the production of Italian cheeses, as well as the fact that the company uses only fresh domestic milk. The company's activity is based on two principles: high quality milk and Italian technology. Thus, we can enjoy products, manufactured by Italian recipes, but using Moldovan ingredients only. The organization cooperates with the supermarket chains in Chisinau, but especially with local restaurants that use Italian cheeses.

A spokeswoman from the company Lattarella, which also produces cheese of Italian varieties using fresh milk of domestic origin, told us about their varieties and emphasized the facts that their most popular and frequently bought products are Mozzarella, Ricotta and Caciotta. 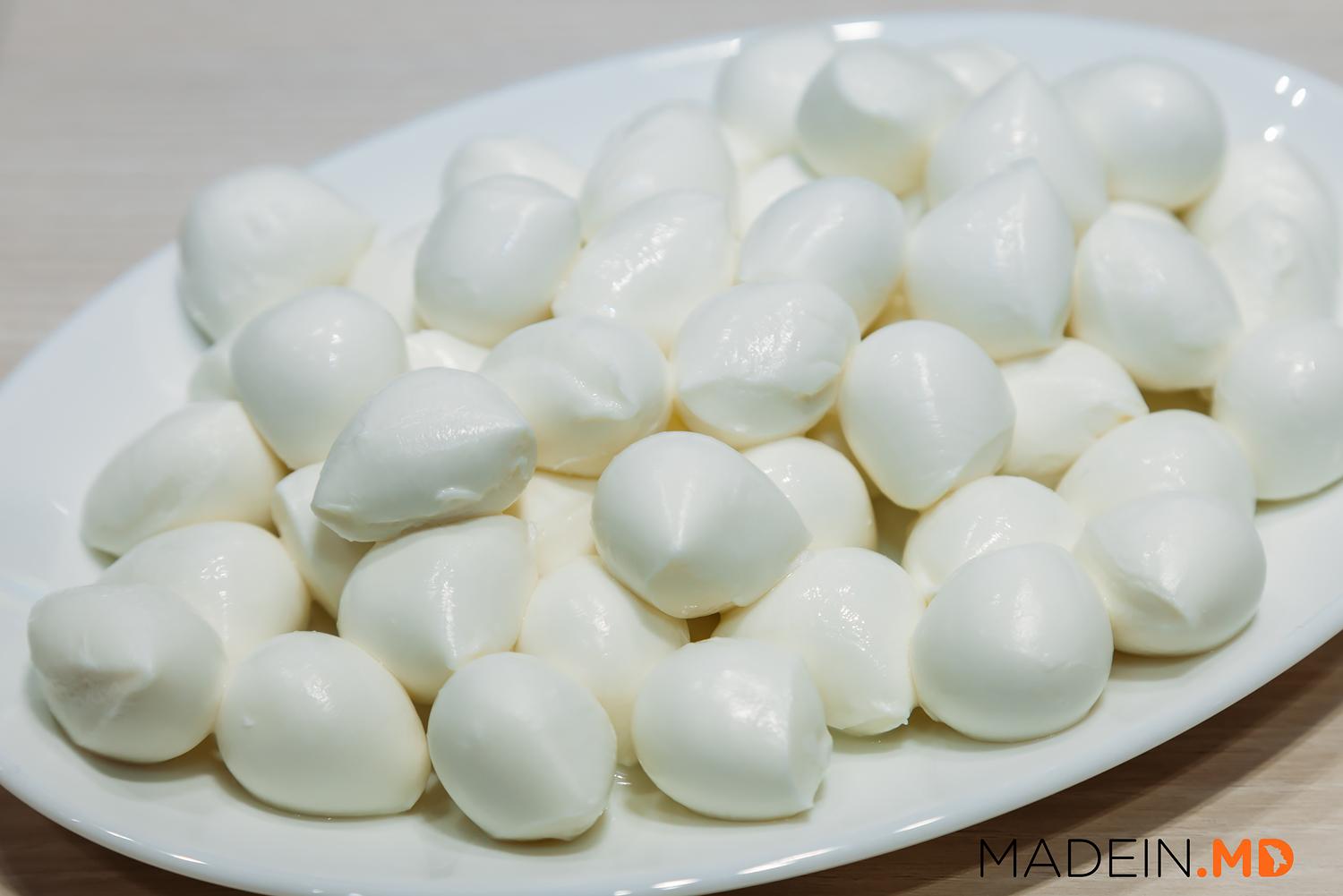 It was interesting to learn about the producer called Sălaşul Baciului - a new company, which also produces cheeses based on Italian recipes, offers environmentally friendly products based on cow's and sheep's milk, without the use of additives and preservatives. The milk, which is used in the manufacturing of cheese is produced in a rural monastery, and sheep's milk comes directly from the farm, owned by the company.

Representatives of one of the most popular dairy companies in the country, JLC, in addition to several types of cheese, presented the participants their new product - cheese pasta, which is made under the brand name «Gingăşie». This is an exclusive product that has been developed recently, but is already available in shops and supermarkets of the country. 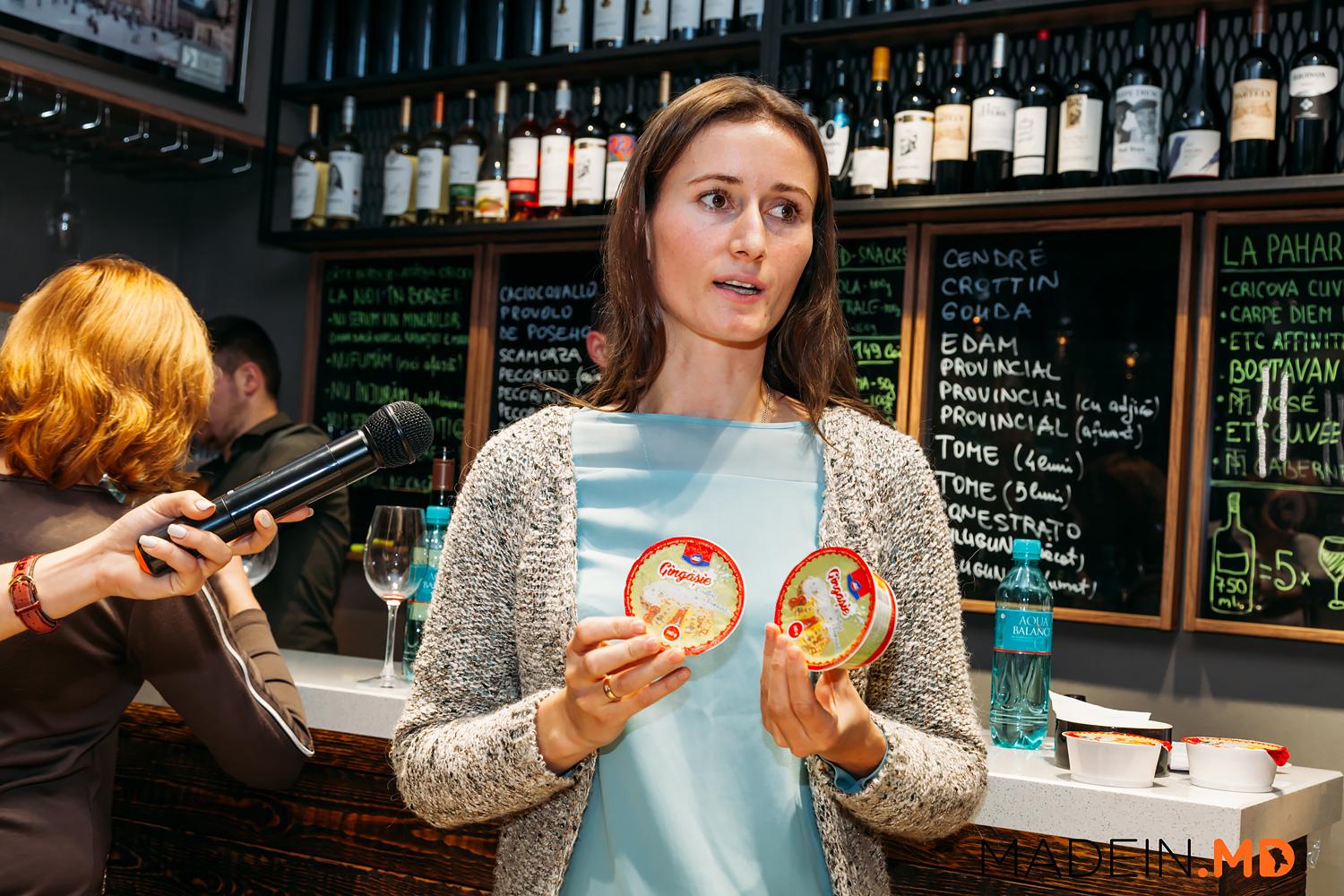 The representative of the "Lactis" Company from Rascani also told us about the used technologies and the variety of cheeses produced by the company. Currently "Lactis" produces about 15 types of cheese, while at the tasting they presented only five of them. The audience liked the products of this company, which is active for many years on the domestic market of dairy products.

A pleasant surprise of this evening was the presence at the event of the representatives of the Association of French-Moldovan solidarity "Vent d'Est" (Asociaţia de Solidaritate franco-moldavă "Vent d'Est") from the village Horodishte, Rezina district. Thierry Ernst, who is a French citizen and his wife, founded the association, whose aim is the economic development in rural areas. Their cheese, made according to French recipes has an unusual taste, a special and strong flavor, and some varieties are manufactured using food ashes. The raw materials, i.e., milk for cheese production is taken from the region, from local farmers or elderly villagers, since one of the goals of the association is to provide social assistance to various categories of persons in the countryside. 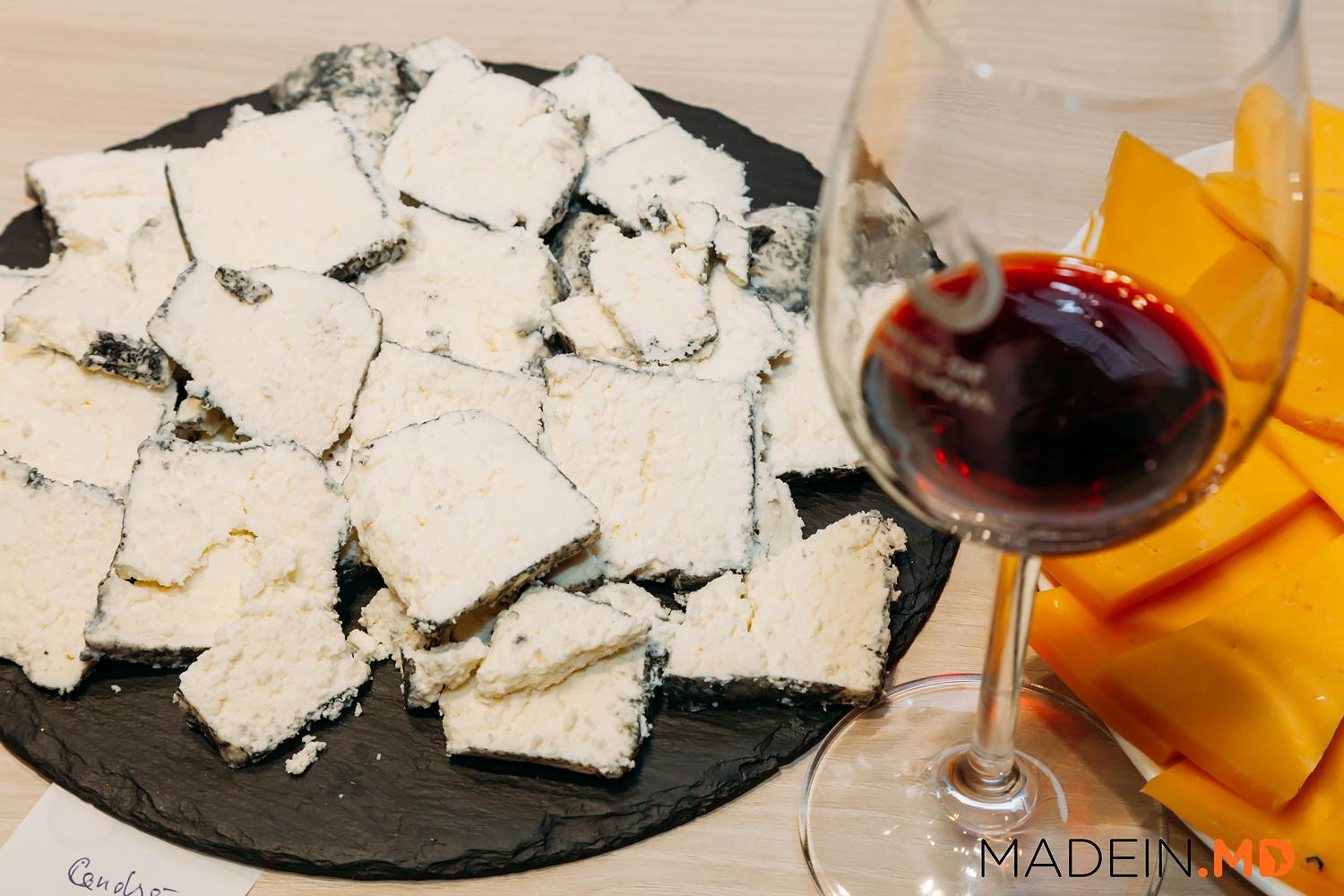 Cheese is one of the most popular and consumed foods in the world. Every year, in thee world there are produced about 20 million metric tons of cheese and this number continues to increase. It is a product frequently used in the preparation of various dishes worldwide.

We believe that the presence of strong and competitive local producers on the cheese market is a must, due to the fact that cheese is always in high demand and the existence of a strong domestic market of dairy products stimulates the Moldovan companies to develop and improve the quality of their products.

In order to find out the people’s opinion on the event and on the social campaign "Taste for 7 times, choose once", we prepared a short questionnaire and asked a couple of questions to the participants at the tasting. The results showed that the public was consensually happy with the event and would be glad to take part in other editions of our campaign. People also noticed and appreciated the friendly and pleasant atmosphere, as well as original artwork of the Embargo Wine shop. Visitors also appreciated the fact that this shop offers a wide range of wines manufactured in Moldova.

MadeinMD managed to prove and confirm the abundant presence of domestic producers of cheese on Moldovan market and informed consumers about less known Moldovan brands. This blind tasting showed that Moldovan cheesee got even higher ratings than some of the well-known foreign brands .